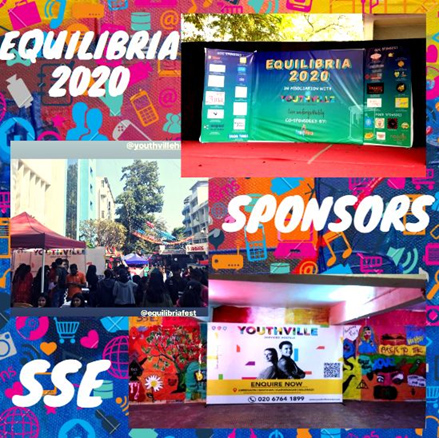 Here’s to a great event, opportunity and success on being a part of the very well-known and enthusiastic Symbiosis School of Economics fest that was ‘EQUILIBRIA 2020’. Being the SPONSORS of the fest for the first time and that too for the top college of Pune, ‘SYMBIOSIS’ was a great experience.

The students out there were such a delight as everyone was so eager to be a part of our brand and knowing about what it is and everything. And then all the volunteers and core team members of the event were like a cherry on the cake for us. Everyone was so supportive in every way whatever we needed and asked them to do. Their respect and hospitality was on the top being the people of the brand itself that is our very known SYMBIOSIS. And obviously we are going to brag about it for a very long time because we have every right to do it. Other students who were coming from other colleges were so fantasized about knowing who are the sponsors and then getting to know about our

And last but not the least our very own residents of Youthville were the part of the fest and were present their promoting their hostel as well as their college and helping us to publicize it amongst every student. They even actively took part in all the preparations that were done by us.

In the end, we would like to thank SSE with all our heart for giving us the platform for the very first time to market our brand on such a huge scale and for the most positive environment around with the most engaging and loving people of SSE.We hope to get such opportunities in future as well ,taking our brand to a whole new level. We’ll be back again with some more interesting blogs till then stay tuned. See you soon peeps.

So, we went with a great strategy in our head to attract the crowd by arranging few games for the students and the staff as well. We had Ring Toss, Shoot the Pyramid, Burst the Balloons, Tie the Knot and Rubik’sCube. We had activities for both the individuals and a group of people. Everyone was so enthusiastic and interested to be a part of our game zone that they were even coming in the break time asking if the games are still on. Along with the students even the staff members also came and played all the games with our team.

Half of the crowd was coming for the goodies being the best amongst the rest. We had a lot of people who took part in our activities with great energy and excitement of course. And we had a lot of winners as well. So, we kept a lucky draw kind off thingy for all those winners. And at the end of the event 3 lucky winners were announced and were given special prizes by YOUTHVILLE. People were even coming and asking that at what time are we going to announce the winners of the lucky draw. 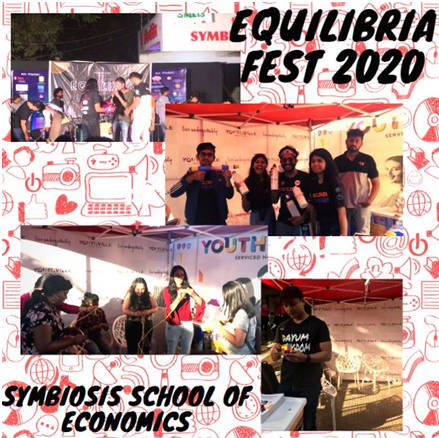 The reason behind it being was the huge special prizes that we had in store for the winners. WHAT A GREAT EXPERIENCE AND FEELING BEING A PART OF SUCH A SUCCESSFUL EVENT WE MUST SAY. Well thanks a lot SSE for having us and being such a great team for helping us in every way. We’ll surely be looking forward for more such events with you. And you guys stay tuned formore such blogs. See yaa.